It’s almost 40 years since I learned TM and I still remember the satisfaction and surprise I felt when I was able to verify for myself, repeatedly, that this simple, effective technique really worked.

I’ve taught TM to numerous people over the last 32 years and I never tire of seeing how quickly people benefit from such a simple, enjoyable practice.

I take great pleasure in making our courses easily available. I’m passionate not just about teaching TM but helping people to get the most out of their meditation.

Our course is jargon-free, practical and clearly taught in a friendly environment with an experienced and enthusiastic teacher and includes free followup sessions. As online teaching is so flexible, there are many options to learn on Zoom.

“I’d like to thank you for giving me the gift of meditation. I can tell you that it has really changed my life. The way you teach & speak about meditation is so inspiring and reassuring. The love that you have for it transfers almost instantly to your students. That is something that can’t be taught.”

“I have loved this, it’s what I’ve been looking for. Mike, you are an inspiration. Brilliant, brilliant weekend…”

“I have enjoyed the course immensely and feel I have acquired a skill that is going to change my life for the better.”

“I’ve done different types of meditation over the years but this feels profoundly different. It feels a much deeper experience. Thank you!”

“I’m enjoying it and have learned a lot. Mike is a super teacher – full of encouragement and enthusiasm.”

Mike Sampey learned Transcendental Meditation in 1984 and trained as a TM teacher under the guidance of Maharishi Mahesh Yogi 32 years ago in 1990. He taught continually for the next 9 years: full-time for 2 years in central London – Europe’s busiest TM centre – and part-time in south London until late 1999, whilst working full-time for the BBC. 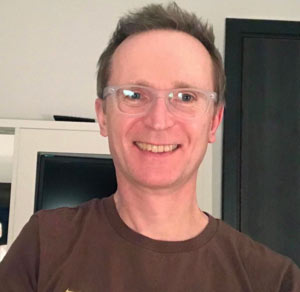